I use both Facebook and Twitter to promote my blog, engage with fans and stay up to date with news. After checking the site stats on my blog, I find that traffic comes more from Twitter over Facebook. Mark Cuban, outspoken owner of the Dallas Mavericks, recently was written up in the Huffington Post,В as being frustrated with Facebook’s Newsfeed, Promoted Posts and engagement.

I wanted to see what my Twitter friends thought about the two platforms, and to see if they felt the same way I was feeling about Facebook. Facebook pages are challenging in that roughly 16% of your fans will see your post and even less will engage with it.

Joel makes a great point! I learn a lot about what is happening in the world via hashtags and Tweets from news outlets. Mostly as it’s unfolding, which is #awesome!

Interesting topics via #Hashtags! Love It!

I would agree with Kevin in that I connect with friends and family on Facebook more then Twitter. As more of my close friends migrate, I believe that will change.

I’ll admit, Facebook is great for showcasing friends lives! Sometimes it’s like the Price is Right Showcase Showdown! Who can post the most absurd status update? 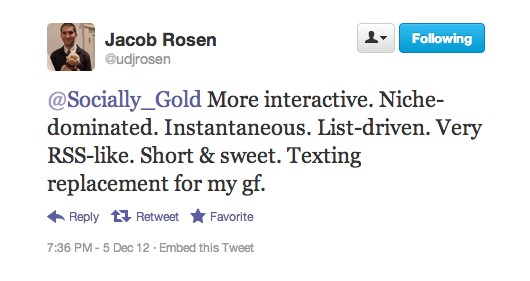 I do like how I get all my social media news from Twitter. Short and Sweet wins the race. 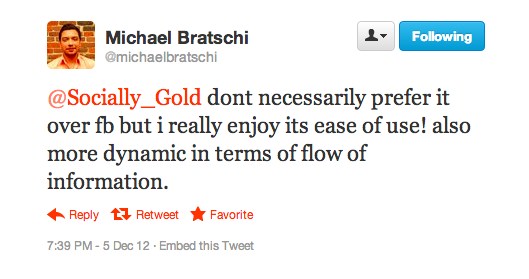 Agreed! When I want to comment on funny photos and posts from my friends I go to FB. Twitter is party responsible for most of what I know about the social media world. ThanksВ Twitter!

Another vote for Twitter being quick and easy! @tagging does allow for personalization! Great Point! 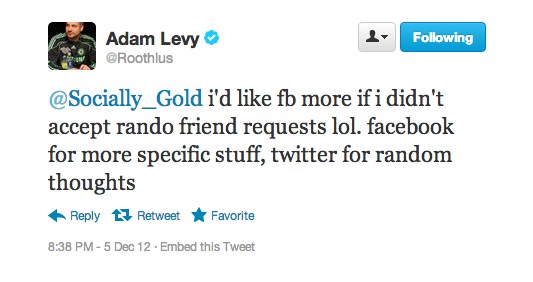 Also agreed! I prefer Twitter because it is social mediaВ acceptableВ to connect with strangers. Yes, Twitter can be a stream ofВ consciousness, but that is also anВ acceptedВ practice inside Twitter, В but not as much within Facebook. 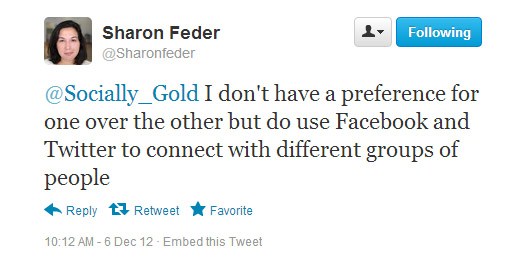