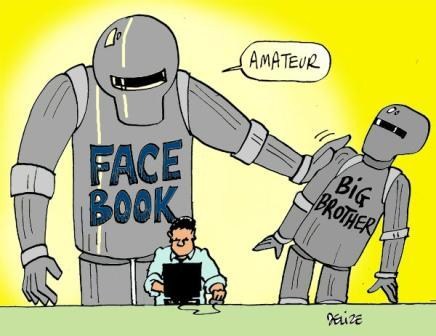 Is Social Media Really Watching Us?

The recent warnings of the new Facebook terms of use, due to come into play on 1st January 2015, have set off some alarm bells for the more cynical of social media users.

In the most extreme cases, some have asserted that Facebook is using global positioning systems to track our locations and in turn pass our details onto the US Government. Of course, none of this is explicitly set out in its extensive renewed terms of use policy, but there are a couple of red flags for the more prudent among us.

Namely, the aforementioned GPS tracking – providing they allow Facebook to do so, from 1st January 2015, users will have their location tracked on their smartphone, using GPS, Bluetooth and Wi-Fi signals. The purpose of this is so that Facebook can streamline its advertising and target location-specific ads at its users, in turn increasing its potential for higher profit margins.

So are the new changes as frightening as the conspiracy theorists claim? It’s a worrying thought when we consider the ‘Big Brother’ society in which we find ourselves. At the same time in which Facebook decided to publish details on the policy, in an attempt to be more “transparent” with users, another shocking story hit the headlines.

Last month it emerged that spies in Russia were able to hack into our personal files via webcams and even baby monitors, potentially giving burglars access to information about unoccupied houses, as well as yet more advertising revenue.

It was alleged that a simple change of password from the manufacturer’s original could prevent these sinister hackings from taking place. But how much of our private lives are we unwillingly telling these companies about, and how much are we willing to giving away?

Simply by posting our opinions about a certain topic on Facebook, we are playing into the hands of specific industries who could potentially make money from us. Take, for example, the bookmaker market – with more and more reality TV bets being made each day, a simple declaration of our opinions on social media could sway the bookmakers and in turn affect the odds.

In line with this, so too is the online gaming market affected by social media – by simply playing a game like GamingClub.com/nz/online-roulette, the new cookie tracker could in turn target advertisements at us and encourage us to play more at sites like these.

It is up to us, then, to ensure we have more control about exactly what it is we’re happy to divulge. Before January 1st, make sure you say no to Facebook’s data tracking, for your own privacy and peace of mind.