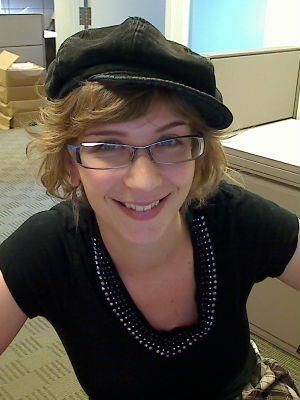 The following is a guest post fromВ Miriam Brosseau. Miriam and I recently spoke at a Taglit-Birthright Marketing Forum social media Panel. I really admired how she answered the question “what voice do you use on social media?” so i asked her to put it in a guest post. Enjoy the examples she gives and you can follow Miriam on TwitterВ or check out her blog.В

WhoвЂ™s Your (Social Media) Daddy? Finding Your Voice in a Celebrity Hybrid

Defining your unique social media voice gives you a huge advantage in this attention economy. But it ainвЂ™t always easy to nail down just what that means. In defining our voices, we end up speaking in abstractions that donвЂ™t necessarily guide our efforts, and donвЂ™t give our friends, fans, and followers a good sense of who we are and what weвЂ™re trying to say. The sad truth of the matter is that a lot of our Facebook posts (for instance) end up sounding something like, вЂњCome to this event! ItвЂ™s going to be awesome!вЂќ

Oy. CвЂ™mon, people, we can do better! And our friends, fans, and followers expect – and deserve – better.

LetвЂ™s take a cue from the entertainment industry on this one; they know a few things about defining voice.

HereвЂ™s a quick story for ya –

The writers of the movie Aliens were almost done with the script and were beginning to pitch it to production studios. They just needed a powerful, interesting way to describe it so that the always-busy, always-overburdened producers would even open the script. So what did they do? They described the movie in three simple words: вЂњJAWS in space.вЂќ

Genius, right? The writers took an existing, familiar (and, it just so happens, wildly successful) film premise (big, angry, vindictive, seemingly unstoppable creature) and put it in a new context (dark, scary space). Suddenly as a producer I understand the premise, and am ready to read past the first page of the script.

When a new band is looking to get the attention of a record label, they need a lot of things – already rabid fans, great press, maybe a few songs… But they also need a way to describe their sound to grab the labelвЂ™s attention in the first place and get them to listen to the music in the first place. One of the most effective and fun ways to do this is to refer to yourself as the offspring or meeting of two other artists or bands. A now-defunct band called Graceful Abyss described itself as вЂњGrace Slick meets Rammstein.вЂќ A childrenвЂ™s artist described himself as вЂњCookie Monster meets Johnny Cash.вЂќ A punk/metal band, Sutured Psyche, would describe itself as вЂњTool and The Dead Kennedys making out under the bleachers.вЂќ Got an idea what these groups might sound like?

As Joanna Quargnali-Linsley of Misery Loves Co. (who has been described as вЂњpart Xena, part Abby CadabyвЂќ) says, вЂњThe point is to identify two contrasting influences and create a frame of reference for the listener…to paint a picture that the listener would want to hear.вЂќ

How powerful would it be if we could do the same with our social media voices? To really define and encapsulate our perspective in a punchy one-liner that leaves folks wanting more?

The fabulous Jenny Lawson, also known as вЂњThe Bloggess,вЂќ does this beautifully. The banner image of her blog announces that she is вЂњlike Mother Theresa, only better.вЂќ Her taboo tagline does double duty, both putting the familiar in a new context to give us a sense of what sheвЂ™s all about, and enticing us to delve further into her satirical, uncensored world.

Your challenge, should you accept it, is to do just that – define your celebrity hybrid! Again, you can either a) cast yourself as a familiar voice in a new context, or b) declare yourself the unholy progeny of two unsuspecting celebrities. (Pro tip: itвЂ™s easier, and a lot more fun, to try this exercise with a few (trusted) friends; they may have better insight into your best combination, and be more willing to label you and have fun with it. Take them out for drinks and give it a shot.)

Having trouble thinking of something? Here are a few guiding questions to help you out:

В Remember: your celebrity hybrid need not be something you announce publicly! Maybe itвЂ™s just your own guide. Knowing that – and herein lies the rub – think about how this might actually play out. If you declare your social media voice to be, as my colleague did, вЂњTina Fey meets Nancy Pelosi,вЂќ what does that mean for how you express yourself online?

The important bit is to be real and have fun with it. Give it a try (and let me know if you find your long-lost parents)!

Stereo Sinai, and she does a lot of her own solo work, all of which you can check out onВ this page.

Want to get in touch? В Find Miriam on theВ Twitter!